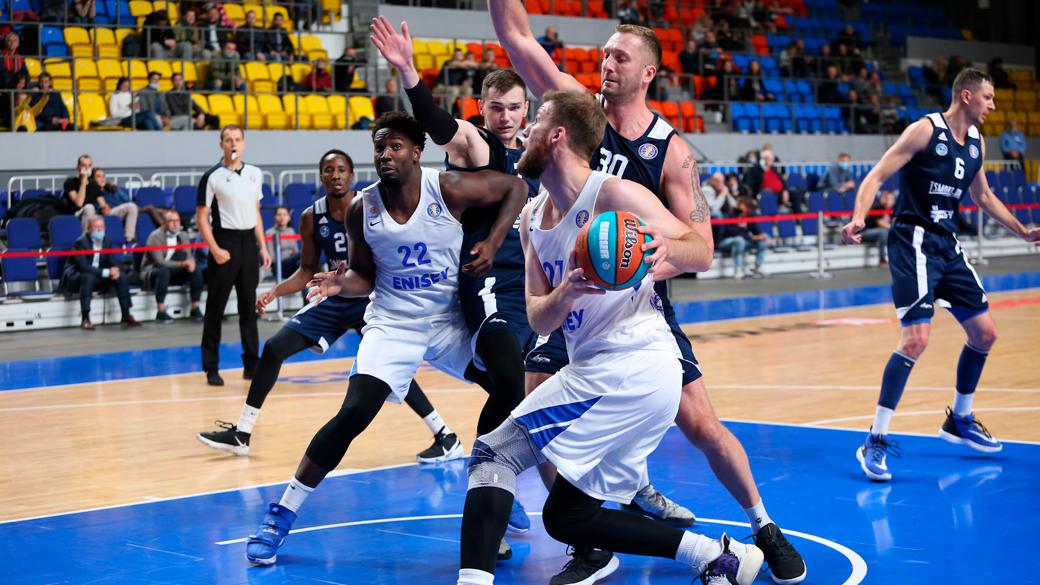 BC Enisey Men’s Team lost several key players due to covid spike before the game including Aleksandr Gudumak, Mikhail Kulagin, Timofey Yakushin and Kerron Johnson. Two youngsters Artem Shlegel and Ivan Vashchenko were included in the game squad to help the team. Leyton Hammonds kept watching from the bench as his injury still stops him from coming on to the court.

Despite having to fight the Dragons with seven men, Enisey players showed character and didn’t give up until the end.

Team wanted to win and I want to congratulate my players for the fight. You could see their application and desire on the court despite playing with six senior players and young Dmitry Sonko. We started very badly with lack of organisation and let opponents build a gap. But I told the players not to give up and grow into the game step by step. By the end of the second quarter we cut the gap and in the second half we got so close that there was a chance to win the game. I kept on telling my players that we still had a chance to win.

We started second half badly especially with mistakes from Dustin Hogue. However, we showed character and the score was level with three minutes until the end.

Unfortunately, we made several silly mistakes in the end. At the moment the team don’t have the physical condition to play basketball I want to see, but there are objective reasons to it.