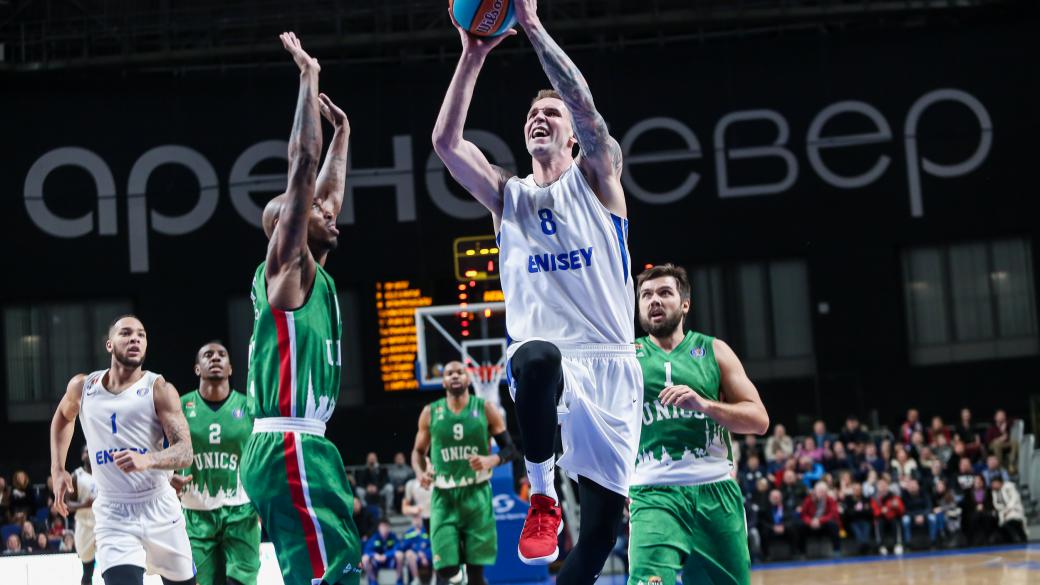 This match was supposed to be played on October, 18th, but the pandemic forced the game to be rescheduled.

Enisey are still not working with the full roster. The older members of the staff are not travelling to Kazan because of covid implications - Head Coach Drazen Anzulovic and Team Doctor Igor Chernenko. Viktorov, Popov and Komissarov are among the players staying in Krasnoyarsk due to health problems.

In the summer team from Kazan decided against giving new contract to Errick McCollum, who was UNICS’ best player over the past two seasons. Isaiah Canaan was signed from Stockton Kings to replace him. American Jamar Smith, Greek Konstantinos Kaimakoglou, Dmitrii Uzinskii, Artem Klimenko as well as former Enisey players Pavel Sergeev and Evgeniy Kolesnikov kept their contracts.

Due to covid situation and several postponements in all the competitions it will be the first time Kazan team take to the court in over 10 dates. However, this means they had time to practice and improve their game.

UNICS have many Russian players we know well. Team Captain Jamar Smith is a leader in good form. I also know Jordan Morgan as we played against him in Karsiyaka last season. Obviously we followed their team, they are in good form, won several matches in VTB League and EuroCup so it’s going to be very difficult for us.

The players are in different shape coming to the game, some of them had one full practice, some of them have been working for over a week. Everyone is in different physical situation and obviously far from perfect. Everyone has trouble breathing after covid so we’ll be making lots of substitutions not to run them out of breath. Team has several leaders to guide the others. Misha Kulagin, Kerron Johnson, Dustin Hogue are the guys who play with their heart and lots of desire as Drazen Anzulovic says. I believe we can put up a fight against UNICS if game goes well for us. Obviously they are in a better shape, but we will try our best and we have desire to fight.