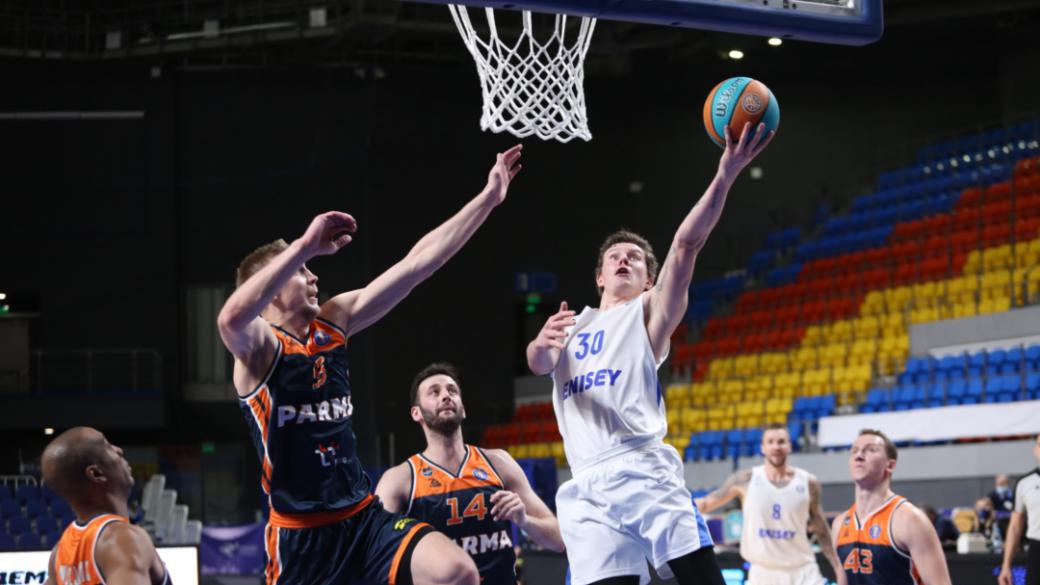 Enisey are beaten by Parma in the VTB League match.

Krasnoyarsk team lost four players before the game against Perm counterparts. Team Captain Aleksandr Gudumak injured his thigh before the Zenit game and will take several weeks to recover. Dustin Hogue had a bad food poisoning and had to spend several days at the hospital. He is now recovering. Kerron Johnson had a fever for a week and couldn’t practice. Ilia Popov spiked a fever the night before the game.

It is very difficult to speak, obviously we were without four key players, who weren’t playing for various reasons. That’s is why we didn’t stay in the game after two quarters of fight against Parma.

By half-time we had too many fouls with the big guys as Komissarov, Balashov and Hammonds had three fouls each. In the beginning of the third quarter Hammonds got his fourth and fifth fouls and we could not maintain required level of aggression and intensity in our game, especially in defence.