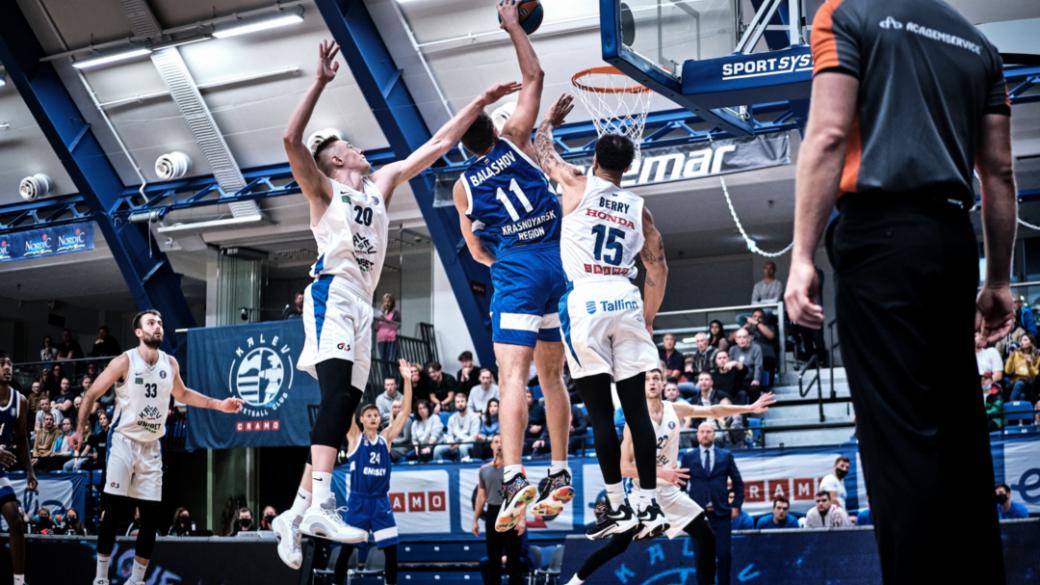 BC Enisey wins the first WIN in the 2021/22 regular season match of the VTB United League.

At the end of the second segment of the meeting, Drazen Anzulovic received a second technical foul and was forced to go to the locker room. The team was headed by Pavel Dergachev, who is not new to playing the role of head coach. The basketball players confidently held a guest meeting and took over the Estonian Kalev.

Casper Ware was the real engine of the Enisey offence. The point guard boldly and confidently shot from the mid-range. As a result, the American finished this game in the status of the most productive player of the game - 20 points (shots from the field - 7 out of 12).

It was a very aggressive game, we left a lot of emotions on the court. Everyone tried, but you know that we played against a good team. They looked physically stronger and we couldn't resist their rigidity. We need to play fast and we need to play better 1-on-1 defense.

We controlled most of the game. In the end, we created problems for ourselves, giving our opponents a lot of open three-point shots. But otherwise we played with great energy and are happy with the result. I am more satisfied with the defense, especially in the second half of the meeting.

The Krasnoyarsk team will play the next game at the home arena. On October 17 we will host UNICS Kazan. Please note that the meeting will begin at 15:00, as at 19:00 the women's team is playing against Dynamo (Kursk). TICKETS on sale.