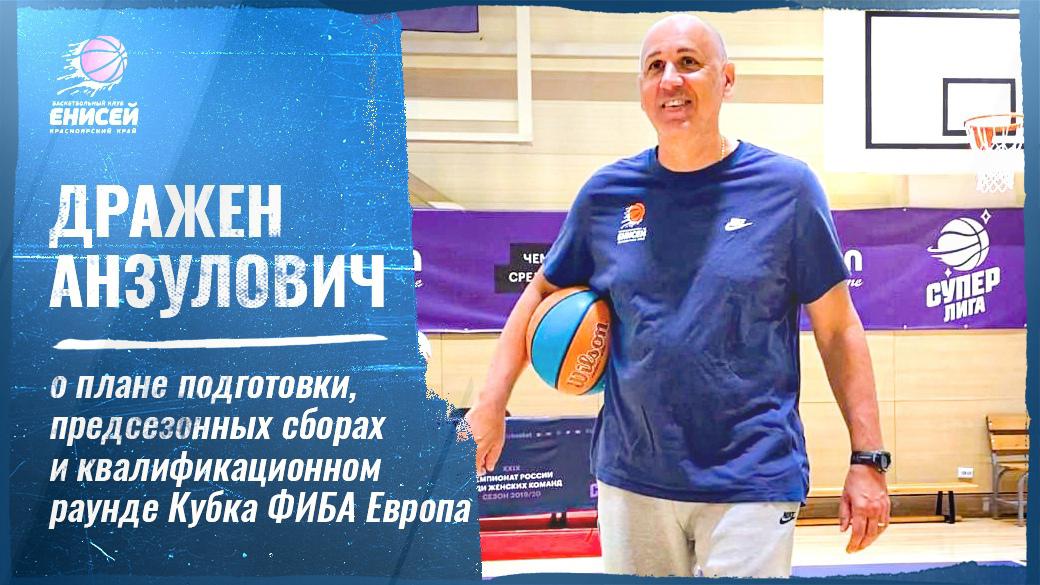 The head coach of the Men's Team of BC Enisey Drazen Anzulovic spoke about the training camp that started in Krasnoyarsk, the plan of preparation for the season and the qualifying round of the FIBA ​​Europe Cup.

-We started pre-season training in Krasnoyarsk on August 9, with nine Russian players. After the first week, we understood the general condition, who arrived in what physical condition and their capabilities today.

-In the next cycle, we will have two workouts a day, we will continue to combine them with an athletic stadium and a gym. This is the plan until the end of August, in September we will go to Croatia, where we will play 6-7 friendly matches and will prepare the team for the qualifying round of the FIBA ​​Europe Cup.

-28 and 29 August we will hold two meetings against BC Novosibirsk.

- It's okay to start training, some look better, some look worse. But we started early enough, it is very important for us that the whole team is physically ready, and on September 29, Enisey will start in the FIBA ​​Europe Cup qualification.

-We cannot think about the draw, we are just waiting for the opponents - we need to be ready for the tournament itself. I do not like to think in advance about which teams we will get, how we will play with each one. When we have specific rivals, we will prepare the team for them.