Timofey Yakushin extended the agreement with BC Enisey 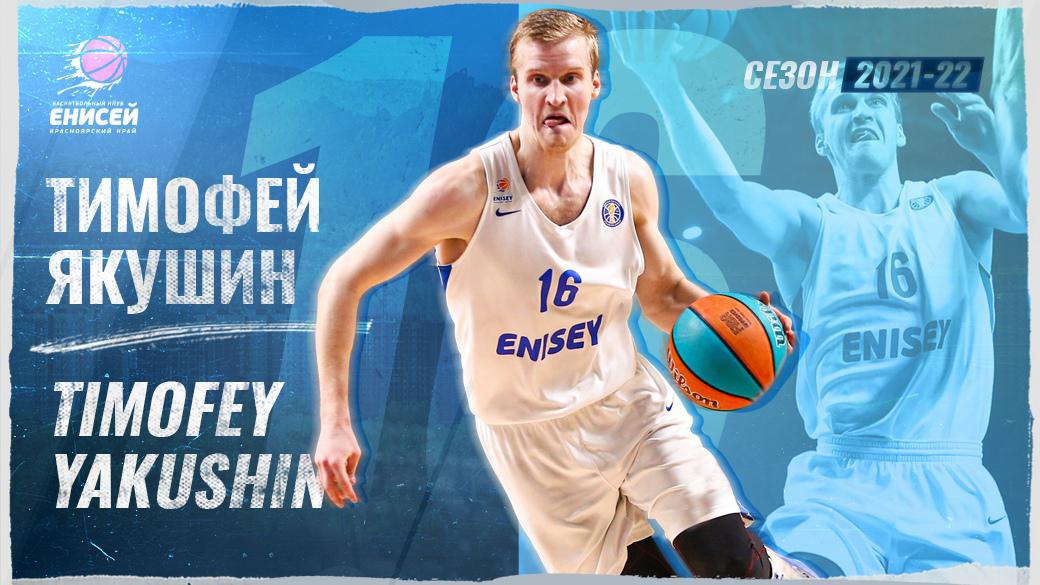 Russian guard Timofey Yakushin will continue to play for the Krasnoyarsk BC Enisey in the season-2021/22.

Yakushin is a graduate of Moscow basketball. The player has experience of playing in the national teams of Russia U-16, U-18 and U-20 at the European Championships.

Timofey joined the Khimki system in the 2015/2016 season. He played in the team’s Khimki-2 and Khimki-Podmoskovye, a prizewinner and bronze medalist of the championship. He also won a silver medal in the VTB United League as part of the BC Khimki Team.

- Last year for Timofey was the first in VTB League, when he really got playing time and experience. I am very pleased with him and look forward to his further progress in the game.

- In turn, I would like to thank the management of BC Enisey, in the person of Vladimir Petrokovsky and the head coach - Drazen Anzulovic, for giving me the opportunity to stay for one more season in the team.

For a year, the club has become a home for me. I feel at home and am very glad to be staying.

By analyzing the past season, we will be able to learn from and use the invaluable experience that we have gained over the past pandemic year. I am sure that the team will be able to perform and show a better result than last year. I will make every effort to achieve a team result. It is very important and always pleasant when the team wins.

I can't wait for the start of the new season - this exciting journey. I am sure it will be interesting!