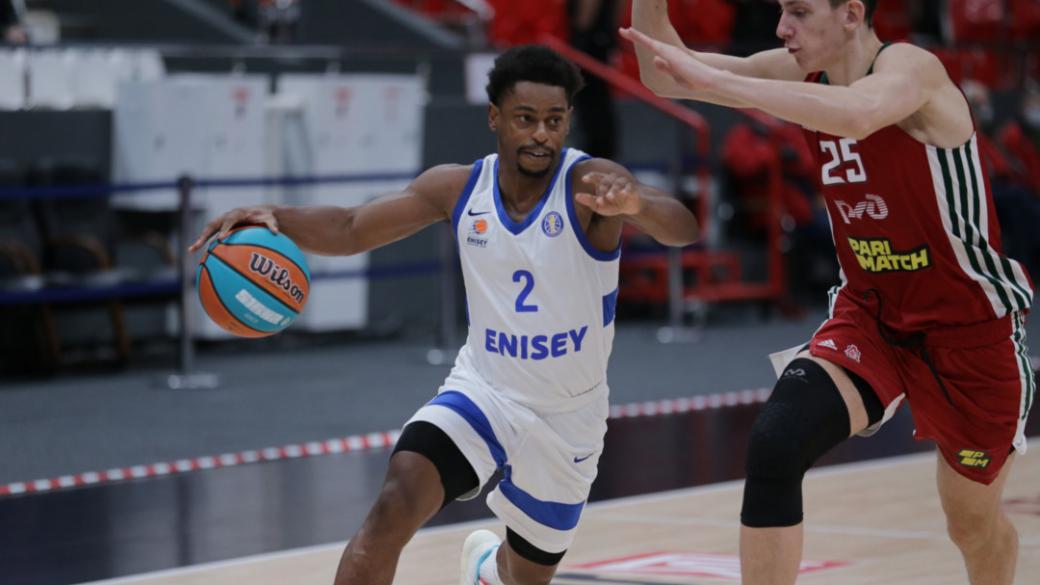 The Men's team of BC Enisey played an excellent match in Krasnodar. Krasnoyarsk basketball players fought until the last second.

The Siberians led by Ware implemented their first 7 attacks, including 4 three-pointers. By the time of the first miss of the Krasnoyarsk team, the leadership was already 14 points - 22:8.

In the second quarter, the effective passes of Lemar and Mitusov kept Enisey's leadership in the first half of the meeting - 47:42.

Stanton Kidd precise hits from beyond the arc became key – 5 out of 6 three-pointers. He hit the most necessary moments and Loko was able to seize the lead and break away in the score.

At the end of the meeting, Krasnoyarsk tried to escape by using tactical fouls, but could not get closer than 4 points to the opponent.

- Congratulations to everyone on the victory. The game itself turned out to be ambiguous - they did not immediately enter the rhythm of the game, and the opponent seized the initiative. But the team showed character, patience and ultimately achieved an important victory. Frankly, playing in front of empty stands is frustrating. Basketball is a game, it requires emotions. I wish our fans that this story with the ban on attending matches ends as soon as possible, and they can support the team in the Basket Hall.

- We started to lose control of the game in the second quarter. The “big ones” did not enter the rhythm of the game and could not make the contribution that we expected from them. On individual skill today several players scored more than 20 points, but basketball is a team game, their efforts were not enough to oppose such a team as Lokomotiv-Kuban. They have collected strong performers and they used the chances that they got in the game. They deservedly won.

On November 21 we will welcome the Saratov Avtodor at home