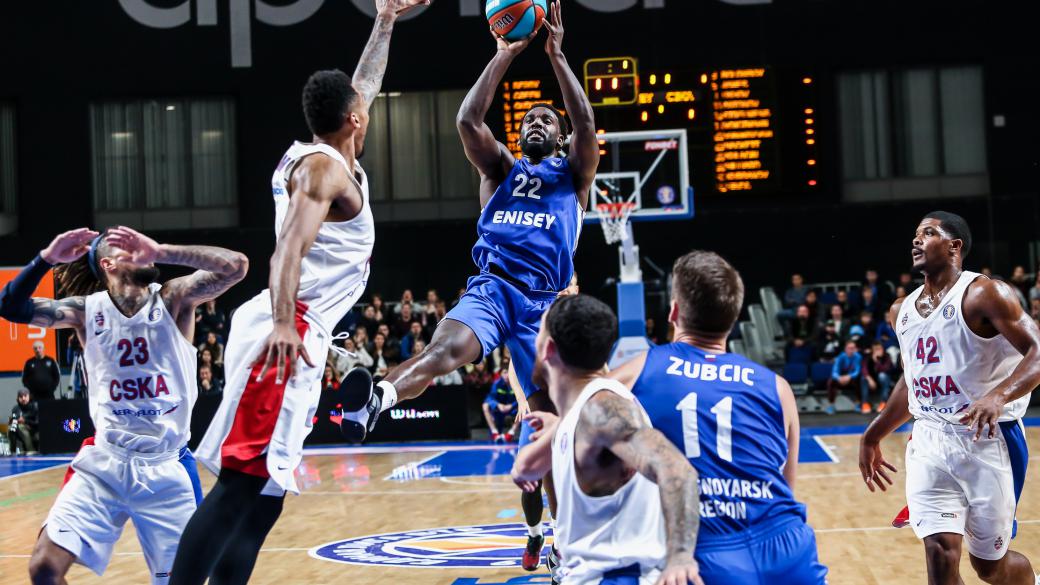 BC Enisey Men’s Team will travel for their second away fixture of the 2020/21 United VTB League Regular Season on Novermber, 1st to play acting EuroLeague and VTB League champions CSKA, tip-off 18:00 Krasnoyarsk time.

Russian national team guard Mikhail Kulagin joined Enisey during pre-season after five years in CSKA. He is a leader of Krasnoyarsk team with 19 points, 3,5 assists and 3,5 rebounds on average. Dustin Hogue also needs to be mentioned with 9,3 rebounds a game.

CSKA leaders are Mike James with 19,3 points + 6,5 assists + 1,8 steals on average and Nikola Milutinov with 14 points + 8,5 rebounds on average. Will Clyburn made his comeback after missing most of the previous season with an injury, his average stats are 17 points + 2,8 rebounds + 1,3 assists a game.

CSKA are one of the best teams not only in Russia, but in Europe. Game is going to be very difficult, but we are preparing, we have been training with the full team for a week. Artem Komissarov and Ilia Popov joined us, but not travel as he is not match fit yet.

At the start of last season, we showed good basketball and caused an upset by beating CSKA, however situation is totally different today.

It is going to be out second game after quarantine and, as Kazan trip showed, team are far from their best, it was very tough for the guys, difficult to breathe after illness. Time to get fitness is still required.

Against CSKA we need to play with lots of energy, give our 100% and even more to put up a fight and try and win the game.