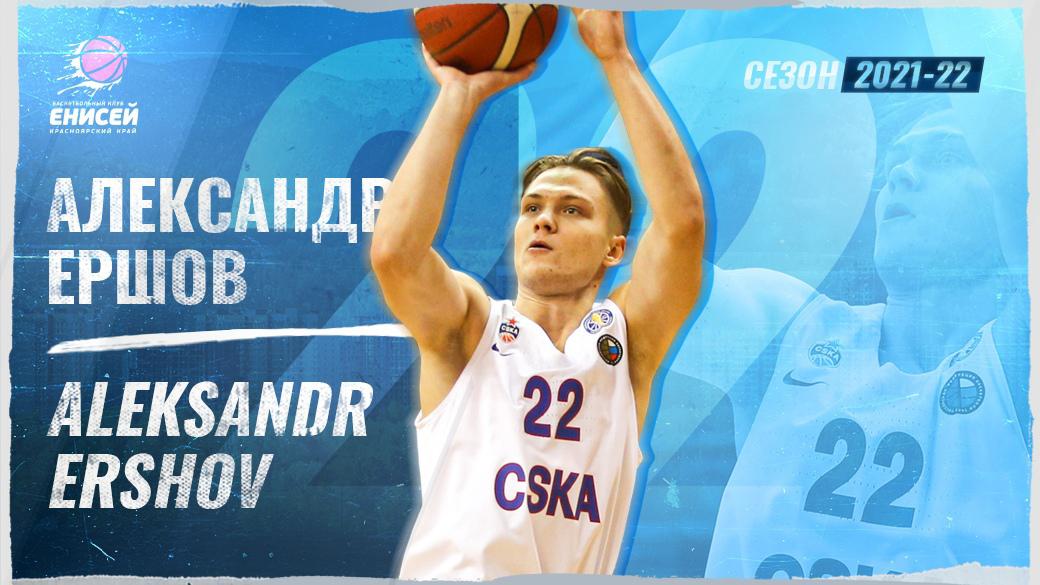 Young Russian guard Aleksander Ershov (20 years old, 197 cm) is a pupil of the BC"Enisey school. The first basketball coach is Viktor Denisovich Kurilov. The second and main one is Nikita Potapov, under whose leadership the Krasnoyarsk team took second place in the Russian championship (Krasnodar, 2013). Then, among several players of our team, Aleksey Zhukov noticed him and invited him to watch. At that time, he was coaching the CSKA-DUBL team. Ershov went through all the links in the system of the Moscow PBC CSKA. The player has experience of playing in the national teams of Russia U-16, U-18 at the European Championships and the U-19 World Championship (5th place).

Last season, due to an injury that required surgical intervention, the basketball player had only 9 meetings in Super League-1, appearing on the court 5 times in the starting five. For 17 minutes of playing time, Aleksander averaged 8.6 points + 1.8 rebounds + 1.1 assists + 0.9 steals. The percentage of realized 2-point shots - 42.6, free throws - 66.7.

Aleksander Ershov was born on August 27, 2000 in the city of Krasnoyarsk (Krasnoyarsk Territory).

- A young player who completed basketball school at a large club. Krasnoyarets, who will look for his chance to play in all three external positions. I hope that his commitment and quality will help our team achieve their goals.

- Of course, it is always pleasant to return home, here is my home, relatives, both people and places. Here I grew up and learned to understand life. Now she gives me a pleasant chance to play for my home club, which I have watched since my childhood and acquaintance with basketball. I am insanely glad to be here, being already a conscious and adult person. With the experience gained, you look at Krasnoyarsk from a completely different angle and begin to enjoy its endless beauties.

- For me, the transition to VTB League is an important and very interesting breath of fresh air. It's worth a lot to play in the best league in the country. I appreciate this chance and will try to make the most of it.

Constantly progress as a player and just a person on the court, and outside for the team. Every day, improve your skills in some specific aspects, be it defense, attack or tactics. Use every workout as a chance to get better.

Team chemistry is what is important, the most important goals will be achieved after it - victories, for the sake of them, we play basketball.

- Yes, there was an injury that required surgical intervention. I was lucky and my doctors turned out to be people who were the best in the country in this specialization. Now I feel great and completely ready for the upcoming season. It’s not that I recovered, on the contrary, I became even better and stronger. I have made progress, both physically and mentally.