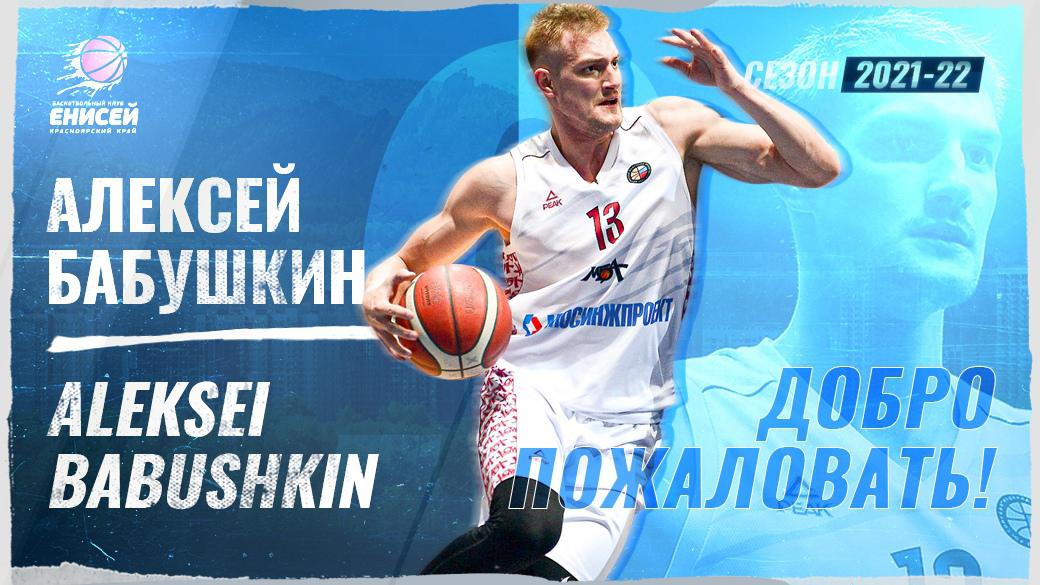 Russian forward Aleksei Babushkin will defend the colors of Krasnoyarsk Enisey in the season-21/22.

The athlete has experience of playing in VTB Leagua, as well as for the national team. In 2014, Babushkin took part in the European U-20 Championship, according to the results of the tournament, he entered the four most productive players of the Russian youth team, gaining 63 points in 9 matches of the tournament. Received an invitation to the reserve team of Russia and became the winner of the Stankovich Cup, which was held in China.

Aleksei Babushkin was born on April 4, 1994 in the village of Taremskoye, Nizhny Novgorod Region.

Aleksei is a versatile player. We will use him in positions 3 and 4. With his will and work, we expect him to show the quality of play that our team needs.

I am very glad to be invited, thanks to Enisey for the opportunity to return to VTB League. I will try to do everything to help the team achieve high results. We will work hard and try to please the fans with a good game this season.