Sergei Mitusov will continue to play for Enisey 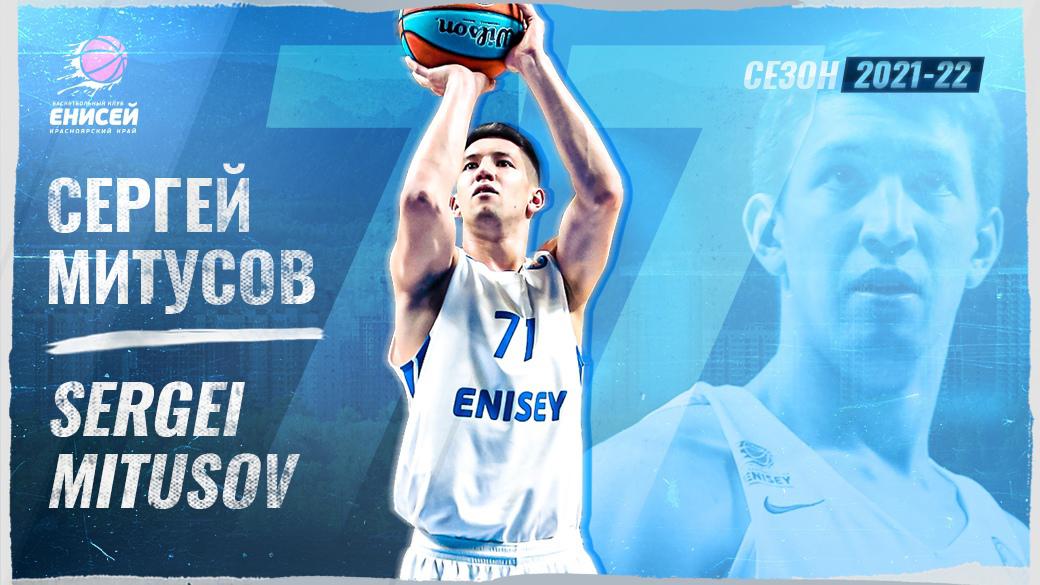 A pupil of the BC Enisey school, point guard Sergei Mitusov (24 years old, 193 cm) in the season-2021/22 will continue to play for the club's Main Team. The upcoming season will be the seventh for Sergei in Krasnoyarsk.

In the last game year, the basketball player entered the floor in 17 meetings of the VTB United League regular championship, appearing on the court three times in the starting five. In 14 minutes of playing time, he averaged 2.8 points + 1.1 assists + 0.5 rebounds + 0.6 steals. The percentage of realized 2-point shots - 62.5, free throws - 70.6.

Sergei Mitusov was born on October 19, 1996 in Zheleznogorsk, Krasnoyarsk Territory.

- Mitusov has grown over the past two years and has shown a good quality of play in defense. We expect him to show more creativity in attack as the game organizer.

- It is a great honor for me to continue playing for my home club. I want to thank the director Vladimir Petrokovsky and the coaching staff for their trust and faith in me. This year I will continue to work hard to achieve the highest team results. I hope that we will enter the season in optimal physical shape and will be able to qualify for a place in the play-offs of VTB League.