Aleksandr Gudumak will continue to play at Enisey 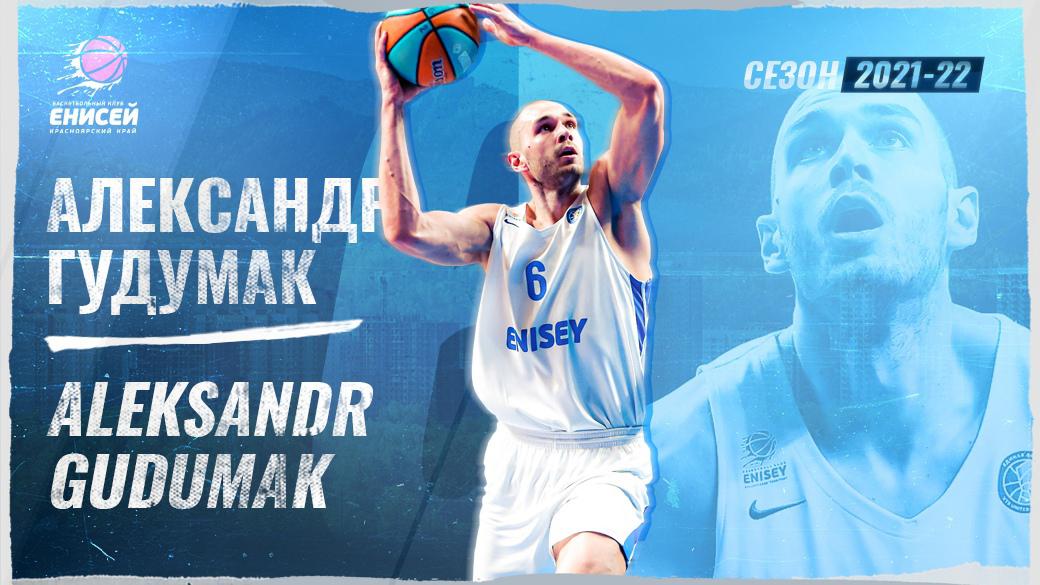 Heavy forward Aleksandr Gudumak (28 years old, 203 cm) will spend the season-2021/22 as part of the Men's Team of the Enisey Basketball Club.

In the last game year, the striker entered the floor in 17 meetings of the VTB United League regular championship, appearing on the court seven times in the starting five. In 18 minutes of playing time, Gudumak averaged 6.6 points + 2.6 rebounds + 0.8 assists + 1.1 steals. The percentage of realized 2-point shots - 56, free throws - 70.4.

Aleksandr Gudumak was born on July 3, 1994 in the city of Balti (Moldova).

- I am very glad that we were able to keep the captain of the Enisey. We think Goodumak has the best playing years and can help the club achieve our goals. I want the season to pass without injuries, and Aleksandr was able to show a decent game.

- This will be my 4th season in the team. Krasnoyarsk has become a home for my son, and I am very happy to have the opportunity to continue playing for Enisey. I would like to thank Vladimir Petrokovsky and Drazen Anzulovic for their trust! I will make every effort to help the club fulfill the tasks set for the season.